Lithography is a process that patterns the structures on a microchip, and plays an important role in determining how densely chip-makers can pack transistors together. As one of the world’s leading manufacturers of chip-making equipment, ASML has designed the EUV lithography platform as an extendible platform that will enable the continued progress in microchip manufacturing, delivering chip device cost reductions, power savings and performance improvements well into the next decade.

Pellicles are unique, extremely thin transparent membranes which allow transmission of ultraviolet photons while, at the same time, protecting photomasks from particles and contaminants during the semiconductor fabrication process. Pellicles, which are more than 1,000 times thinner than a human hair, must also be rugged enough to withstand very high temperatures during semiconductor processing. Pellicles are consumables which may be replaced a number of times during the life of a photomask, also known as a reticle.

“For nearly three years, Teledyne has worked in close collaboration with ASML on the development of this extremely challenging technology,” said Robert Mehrabian, Chairman, President and Chief Executive Officer of Teledyne. “Having manufactured Micro Electro Mechanical Systems or MEMS for over 20 years and with state of the art 200 mm (8 inch) processing tools, Teledyne has amassed extensive intellectual property and experience in the production of extremely thin films with precise control of mechanical, optical and electrical properties.”

About Teledyne DALSA
Teledyne DALSA is an international technology leader in sensing, imaging, and specialized semiconductor fabrication. Our image sensing solutions span the spectrum from infrared through visible to X-ray; our MEMS foundry has earned a world-leading reputation. Teledyne DALSA employs approximately 1,400 employees worldwide and is headquartered in Waterloo, Canada. Teledyne DALSA is part of the Teledyne Imaging Group. For more information, visit www.teledynedalsa.com. 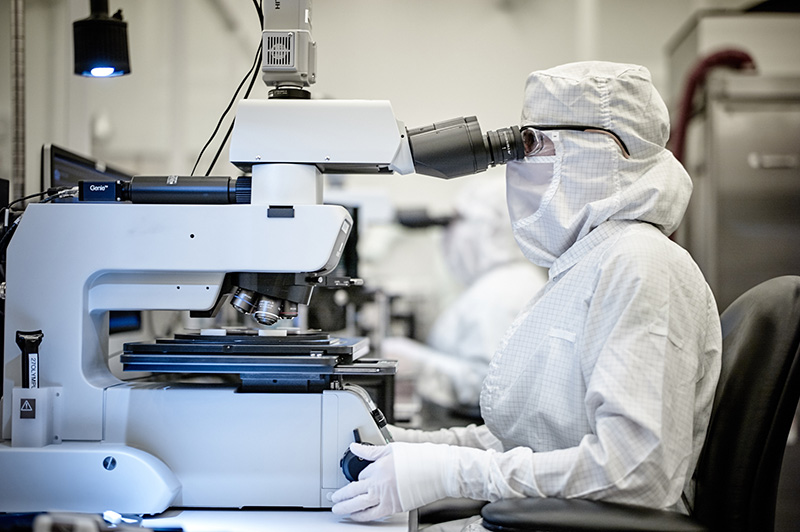