Profiles of our Management

"Teledyne DALSA delivers both technology leadership and diligent attention to customer needs. We are proud to have earned our global reputation as the supplier of choice in advanced semiconductor fabrication and high-performance imaging solutions. Our commitments to innovation and to achieving success with our partners provide the foundation for our long term success." 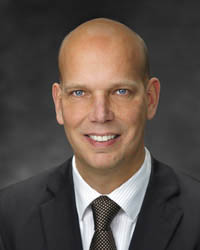 Dr. Roks is Group President of Teledyne DALSA, Inc. and Teledyne e2v Digital Imaging, and Executive Vice President of Teledyne Technologies Incorporated since May 2021. Since January, 2014, Dr. Roks served as Vice President and Chief Technology Officer of Teledyne Technologies Incorporated. Edwin joined Teledyne with the acquisition of DALSA Inc. in 2011, serving as Executive Vice-President and General Manager of the Teledyne DALSA Professional Imaging Division. He joined DALSA in 2005 from Philips, where he served as CTO of Philips Polymer Vision and R&D Director of Philips Imaging Business Line. Edwin has a long and distinguished history in Semiconductor Technology and Imaging. He was closely involved in new business development and customer relationship management in the area of Mobile industry. After lecturing, as an officer, at the Royal Military Academy of the Netherlands, Edwin joined Philips Research Laboratories in 1989, where he worked on Semiconductor Lasers and Image Sensors. He was as committee member involved in leading international conferences, such as the International Electron Devices Meeting (USA) and the IEEE Workshop on CCDs and Advanced Image Sensors (USA, Japan, Europe) of which he was the Technical Chairman in 2003. He has authored and co-authored more than 50 technical papers and holds 10 patents in the imaging field. 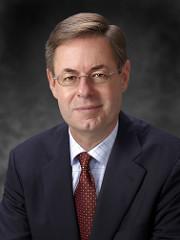 Since joining DALSA in 2003, Silvio has held increasingly senior roles in finance, and in November 2012 he became Executive Vice President, responsible for the financial operations, planning and analysis, financial reporting, tax and treasury, and internal control functions at Teledyne DALSA. Silvio's previous roles included VP, Finance from 2008; Director, Tax and Treasury from 2006 and Director, Special Projects from 2003. Prior to Teledyne DALSA, Silvio held senior financial roles with a subsidiary of BCE Emergis. 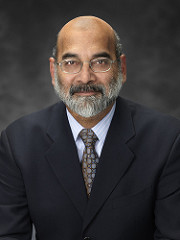 Keith became President of Teledyne Imaging's Vision Solutions Group in 2018, including Teledyne DALSA Digital Imaging, Teledyne E2V Professional Imaging, Teledyne Princeton Instruments, Teledyne Photometrics, and Teledyne Lumenera. Previously he was President of DALSA Asia-Pacific in 2006,  responsible for expanding the company’s presence and participation in the fast growing markets for imaging products in the region. In 2014 he added the role of Executive Vice President of Digital Imaging with a mandate to lead all standard product marketing and sales and to develop the go-to-market strategy for all standard products. Keith joined DALSA in 2005 as President of DALSA-Coreco. Prior to joining DALSA, he was President and Chief Executive Officer of Coreco, a company he joined in 1987. Keith took on increasingly senior roles in the R&D function before becoming President of the company in 1991. In that role, he turned the company around and ran it profitably since 1993, taking the company public in 1996. 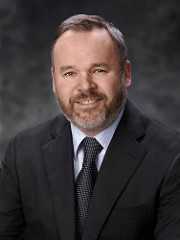 Gareth obtained his Ph.D. in Engineering Physics from Oxford University in 1989 and went on to spend a year at the IBM T. J. Watson Research Centre in New York. On returning to the UK he joined GEC Marconi Ltd. and was seconded to the Cavendish Laboratories at Cambridge University. In 1994 he became Group Leader at the Marconi R&D Laboratories in London before moving to Canada in 1995 to join DALSA. At DALSA he became the leader of the Applications Specific Contracts (ASC) group, being promoted to VP and General Manager in 2004 and in 2008 as VP and GM for both Standard (market driven) and Custom (customer funded) imaging products for the Waterloo facility. In January 2012 he became Executive VP and GM with overall responsibility for the digital imaging business. 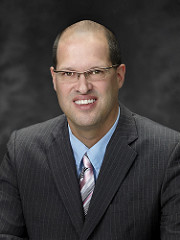 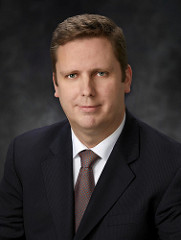 Guido became President of the Healthcare Group in 2019, including Teledyne DALSA X-ray and Teledyne e2V RF Power. Previously he was EVP and GM Professional Imaging (X-ray) and Teledyne ICM (NDT-/Security- systems). Healthcare is for instance delivering components and sub-systems solutions in Medical- and Dental- Radiology systems and Radio Therapy systems. In 2014 Guido joined DALSA from Wistron, and before that Philips, where he served as COO of the Polymer Vision business unit ( flexible O-TFT displays). Prior to this he was the Marketing and Sales Director of Philips Imaging Business Line. Additionally, Guido has a long and distinguished history in semiconductor operations. During his time at Philips Semiconductors he fulfilled different roles within BU-Foundries and related Joint Ventures. 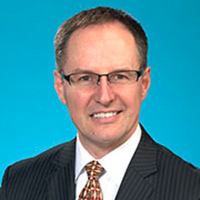 Michel is Vice President and General Manager for Teledyne Optech. He is responsible for driving improvements in execution and performance of the organization across 3 commercial business units and the Defense & Security segment, and for diversification and growth into new markets. Michel initially worked at Optech from 1992 to 1999 as a Project Scientist and Project Manager. He then led the product development group at MDS Sciex and served as VP of both R&D and Production for Scican, a Canadian medical technology company that later merged into Sanavis Group. He was then the VP of Sanavis Group in charge of their largest product division, before rejoining Optech in 2011. Michel earned a B.Sc. in Physics from Université Pierre et Marie Curie, Paris, France in 1989, an M.Sc. in Physics from the University of Toronto in 1992, and an MBA with Distinction from the University of Western Ontario in 2003.

Commitment to Diversity and Inclusion