"We are pleased to welcome Rob to the DALSA Digital Cinema team," commented Savvas Chamberlain, CEO of DALSA Corporation. "Rob has an outstanding reputation as one of the true pioneers in digital cinema, and he has a clear understanding of the role of technical innovation in the art of film making. I believe that his industry knowledge, experience, energy, and enthusiasm will be valuable assets as DALSA Digital Cinema embarks on what we expect will be a very exciting stage in its development."

Widely regarded as a leader of digital cinema, Hummel received a Digital Cinema Pioneer Award at ShoWest 2006 in recognition for his contribution to the advancement of the industry. He brings to DALSA unique strategic knowledge and experience in bridging the worlds of film and digital cinema. Hummel's more than 25 years of experience includes cinematography, post production, animation, film restoration, and all aspects of digital capture, scanning, compositing and visual effects.

"Since my first job at Technicolor in 1979, my career has revolved around motion picture image quality; always guiding and counseling cinematographers about choices for photographing their films and how to yield the best quality attainable," said Hummel. "Whether it was Showscan with Doug Trumbull, helping Vittorio Storaro realize his dream of photographing in 65mm, or presenting all day seminars on film formats, this has been my passion."

On working in Hollywood, Hummel also said, "Recently, I found myself cautioning people about embracing digital motion picture cameras too quickly, as every other camera is only high-definition, and cannot match the inherent resolution and dynamic range of film. With the Origin camera, DALSA's unique sensor technology gives us a camera that can finally match the clarity and dynamic range found in 35mm film. In fact, combined with 4K projection, the DALSA Origin starts to look like 70mm film."

He added, "I'm thrilled that I'll be working with DALSA, an advanced imaging technology company that has made sensors and cameras used everywhere from medical imaging to the Mars Rovers, and in the process, I know that I'll be helping the industry adopt a camera without any compromises for motion picture cinematography."

Hummel began his career as Director of Production Services for the professional film division at Technicolor Laboratories, and also worked as Director of Project Development for Douglas Trumbull's Entertainment Effects Group, during the filming of "Blade Runner." He is an associate member of the American Society of Cinematographers (ASC), and is the editor of the 8th edition of the ASC Manual. 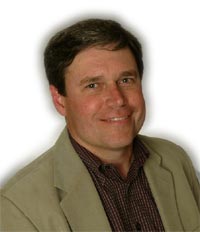