What does “high speed” imaging mean to you”? For a group of researchers at NHK, Japan’s national broadcaster, “high speed” means 16.7 million frames per second, and last month the paper they published on the development of a device to deliver this speed was awarded an “Excellent Paper Prize” from the Institute of Electronics, Information and Communication Engineers (IEICE).

Among the highlights of the paper were details of the innovations in design and fabrication processes that allowed this device’s remarkable performance, including backside thinning, which was key to the significant boost in sensitivity. The chips were fabricated at Teledyne DALSA’s foundry in Bromont, Quebec, and staff from the foundry as well as Teledyne DALSA’s Professional Imaging group in Eindhoven, the Netherlands were proud to provide close support for the project.

NHK’s research has pushed the boundaries of imaging performance for decades—for example, while 4K/UHDTV may seem leading-edge today, NHK prototyped 4K capture and display systems in the 1990s. Even if 16 million frames per second does not become a consumer technology in the same way 4K did, Teledyne DALSA salutes researchers like these who advance the state of the art.

To read the full paper (Japanese only), visit the IEICE website. 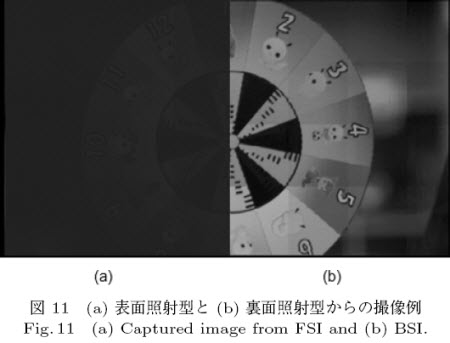 A group of researchers created an experimental ultra-high speed CCD capable of 16.7 million frames per second. Then they went even farther and created a backside-illuminated version with significantly higher sensitivity.