THOUSAND OAKS, Calif. – April 3, 2012 – Teledyne Technologies Incorporated (NYSE:TDY) announced today that its subsidiary, Teledyne DALSA, Inc., increased its ownership interest in the parent company of Optech Incorporated from 19 percent to 51 percent. Terms of the transaction were not disclosed.

“We are excited that Teledyne increased its ownership stake in Optech,” said Don Carswell, president of Optech. “The investment demonstrates Teledyne’s commitment to further growth at Optech, as well as our company’s technology, clients and markets.”

As part of its original investment in Optech in March 2011, Teledyne received an option to purchase 100% of the remaining shares of the parent company of Optech not owned by Teledyne after three years. Teledyne DALSA continues to have this option.

Forward-Looking Statements Cautionary Notice
This press release contains forward-looking statements, as defined in the Private Securities Litigation Reform Act of 1995, relating to an investment and a potential acquisition of a company. Actual results could differ materially from these forward-looking statements. Many factors, including the ability of the Company and Optech to achieve anticipated synergies, as well as market and economic conditions beyond either company’s control, could change anticipated results. There are additional risks associated with investing in businesses internationally, including those arising from U.S. and foreign government policy and regulatory changes or actions and exchange rate fluctuations. 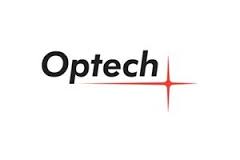